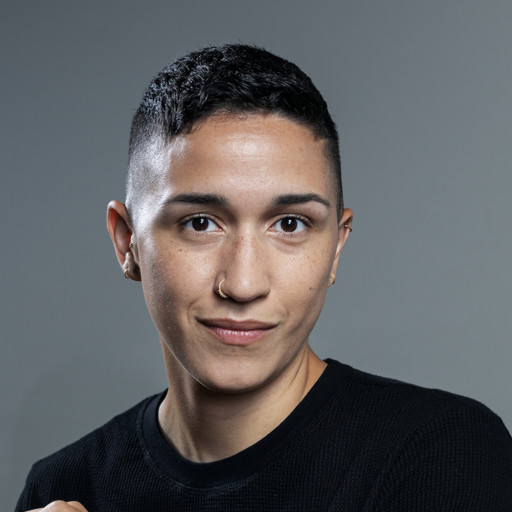 Arielle Duhaime-Ross (@adrs) is the host of Reset, a podcast that re-evaluates the role of technology in our lives, from Stitcher and the Vox Media Podcast Network. Passionate about a breadth of topics from science and the environment to health and LGBTQ issues, Duhaime-Ross examines technology’s impact on humanity and reveals the ethical pitfalls of our connected lives, the power structures driving or stalling innovation, and the dubious scientific claims that can creep into our collective psyche.

Previously, Duhaime-Ross was the first climate change correspondent in American nightly TV news. She reported for HBO's Vice News Tonight, an Emmy award-winning nightly newscast, and covered the politics of climate change, life-threatening instances of environmental contamination, and the effect that global warming is already having on communities worldwide.

Prior to joining Vice, Duhaime-Ross was a science reporter at Vox Media's The Verge, where she was granted the 2015 Herb Lampert Science in Society Emerging Journalist award for her coverage of a radical 1950s scientist who suggested memory could be stored outside the brain. Duhaime-Ross has written for Scientific American, Nature Medicine, the Atlantic, and Quartz. Originally from Canada, she has a bachelor's degree in zoology; a master’s degree in science, health, and environmental reporting; and a CEGEP degree in classical guitar.

It’s not just Twitch: The military has a history of using video games to reach young people

Contraband cellphones have given us prison TikTok

How The Bachelor became a launchpad for influencers

23andMe's Latest Round of Funding Might Signal a Comeback

Ancestry.com Is Talking to the FDA About Using DNA to Estimate People's Risk of Disease